All participants and their companions are kindly invited to attend the ICPIG 2017 Welcome Reception at the Terrace of the foyer of Estoril Congress Centre, on Monday July 10, from 19:00 to 20:00.

The Welcome Reception is included in the registration fee.

The MUSAICO choir will perform on Tuesday July 11, from 19:30 to 20:00, at the auditorium of the Estoril Congress Centre. 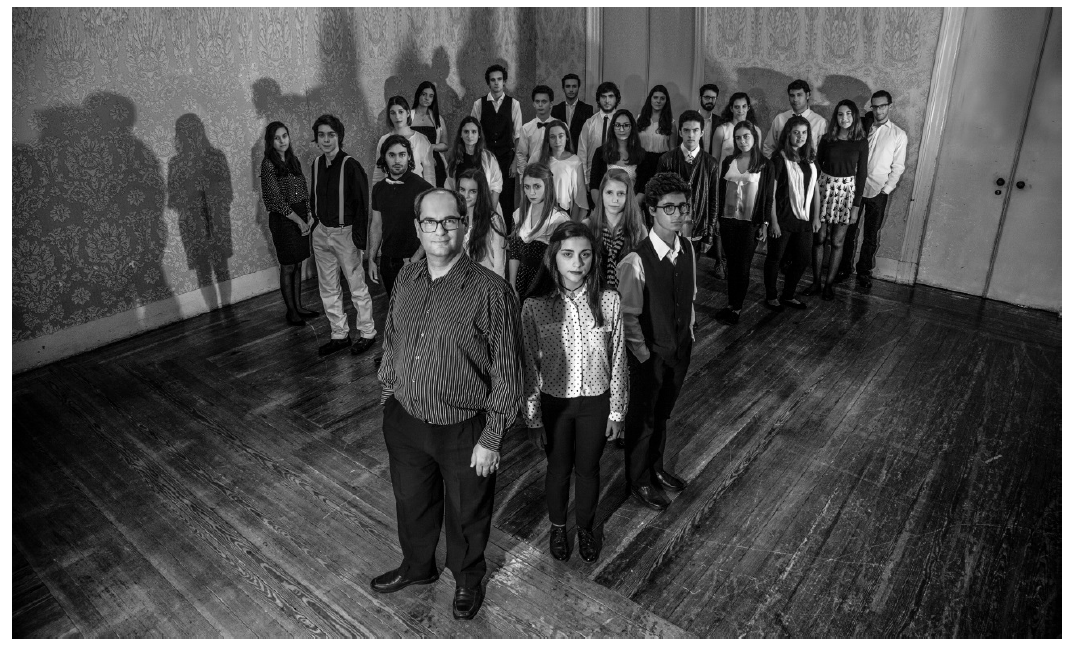 Musaico is a choir of the Escola de Música do Conservatório Nacional. Its members, aged 15 to 30 years old, are students from several different courses. The choir was started in 2008 for the purpose of preparing several high quality musical programmes of different styles every year. Since its founding Musaico has been conducted by Tiago Marques, who also written and arranged several compositions.

Option 1: Visit to Tomar (3h return travel + 2h tour)
The tour includes a visit to the exceptionally well-preserved Castle-Convent of Christ. Tomar’s Castle was conquered to the Arabs in 1147 and later confirmed in 1159 as the seat of the Order of the Knights of the Temple and from 1312 of the Order of Christ. The layout of the Castle has different areas of interest, with particular emphasis to the Medieval “Charola” (chapel), the Renaissance cloisters and the Gothic-Manueline window, ex-libris of the town. In the churchyard one finds several tombstones of medieval knights who fought in the Crusades. 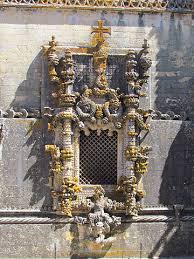 The tour concludes with a walking visit to the town of Tomar, where one finds some Gothic arched houses, the Roman Cathedral and a 16th century Synagogue now turned into the Jewish Museum and Memorial to the Portuguese Jews.

Option 2: Visit to Óbidos (2h30 return travel + 2h30 tour)
Óbidos is one of the most charming Portuguese villages, completely enclosed within the ramparts of its Medieval Castle. The tour includes a walking visit to the village, with entrance through the 18th century arch covered in glazed-tiles (azulejos), passing by bright-white small houses along cobblestone narrow streets with flower pots on the window-sills, and entering into Gothic and Renaissance churches that remind the importance of its past. Óbidos is the archaic jewel in the Portuguese crown that time and ware could not change. 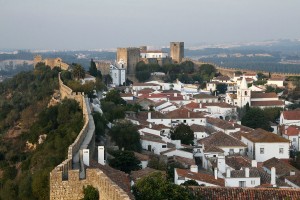 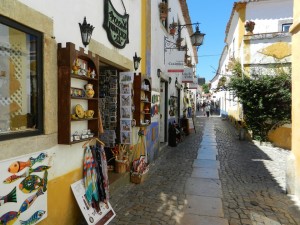 The early 17th century paintings of Josefa d’ Óbidos can be admired in the beautiful Church of Santa Maria. Local artisans and craftsmen, still using old techniques, show their wares in small shops along the streets. Time will be dedicated to individual leisure or to look for souvenirs.

Built in 1930, Palácio Estoril Hotel retains many of the characteristics of that period, pervading an ambience of exclusiveness through the combination of the white façade, the beautiful gardens the elegant classic décor.

The Hotel has hosted heads of state, emperors, kings and princes, European nobility, artists, writers, sports champions, filmmakers and actors. In the 1940’s, the Palácio Hotel welcomed numerous members of the European royalty (Spanish, Italian, French, Bulgarian and Romanian), who chose Estoril for their exile due to Portugal’s neutrality during World War II. During this period, the Hotel was also the haunt of British and German spies, who could often be found in its bar. Later, this atmosphere of intrigue and espionage inspired famous novelists and filmmakers and the Hotel even served as the set for James Bond’s “On Her Majesty’s Secret Service”. Hotel Palácio plays a center role in the recent novel “Estoril” by Dejan Tiago-Stankovic, a Serbian-Portuguese writer.

In February 2011 the Hotel inaugurated the “Royal Gallery”, presently one of Estoril’s tourist attractions, displaying the photographs of important members of the European royalty who stayed at Palácio Hotel. The Palácio Hotel has benefited from several refurbishments and renovations throughout the years. Today, it offers all the comfort and convenience of a modern luxury five-star hotel, while retaining all the charm of its olden days.

Please check here the proposals of social program for accompanying persons.
The tours can be purchased on site, at the Registration Desk of ICPIG